The Science behind Sensory 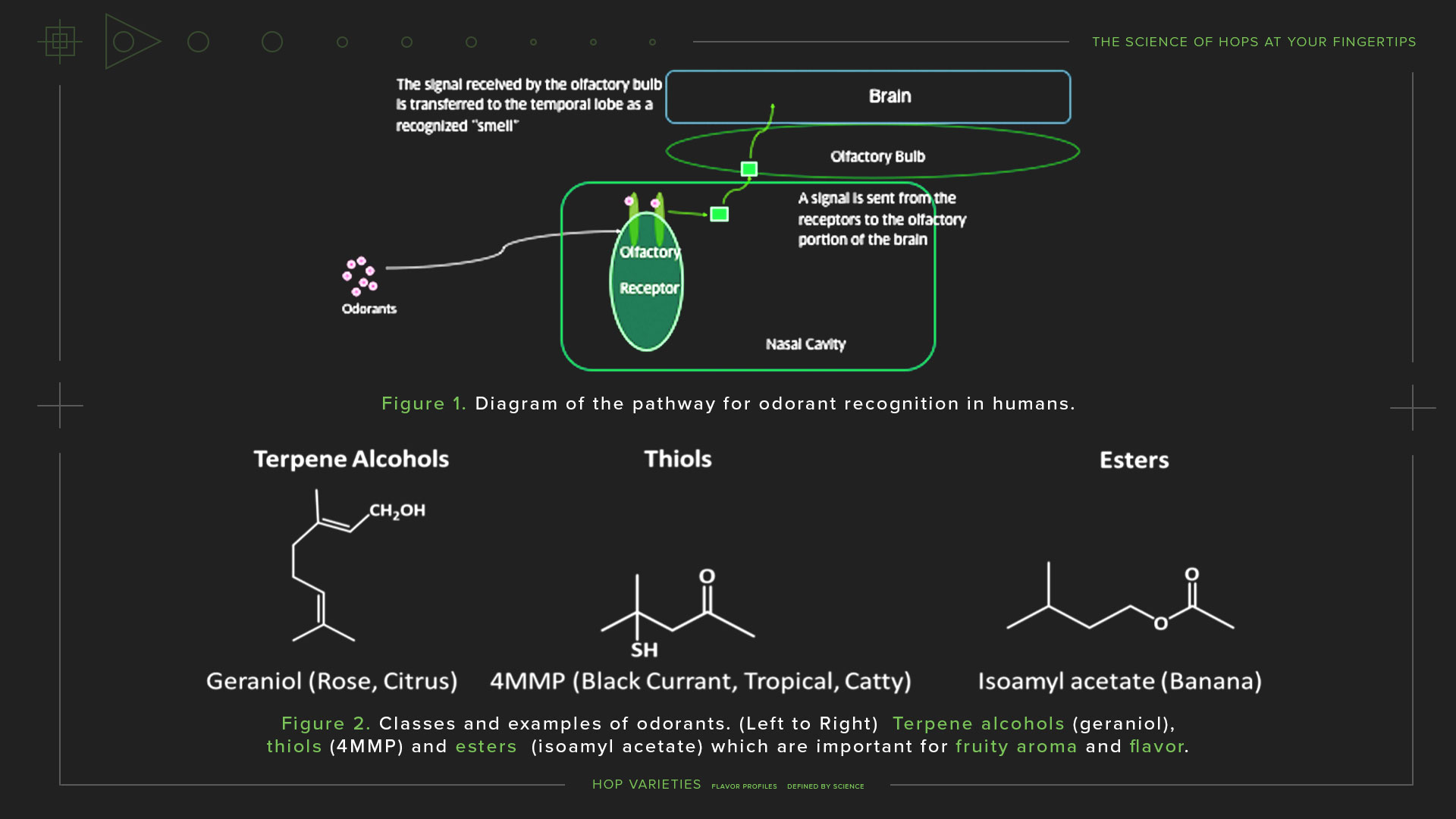 Humans aren’t as sensitive to smell as some mammals. Compared to dogs, we have a small number of olfactory receptors. But that doesn’t mean we are insensitive to smells. Odorant compounds can have threshold detection limits that range from 75 parts per trillion to 100 parts per million with thresholds higher than 150 parts per million are considered “pungent”. These thresholds vary from compound to compound and from person to person, depending on age, gender, health, genetics and environment.

How do we end up perceiving a smell? The answer is a series of biochemical pathways in the body that lead to the generation of an electrical signal in the synapses. In general, odorant molecules can bind with olfactory receptors. This can happen by inhaling air through the nose or by diffusion from the mouth and throat. Once an odorant is bound to a receptor, the signaling pathway begins sending a signal to the olfactory bulb, then the primary olfactory cortex and compared against known odors in the orbitofrontal cortex. In order to bind to an olfactory receptor, a compound must meet a set of criteria.

Odorant molecules must have a low molecular weight and non-ionic so they are volatile. These compounds must also be lipophilic in order to bind odor receptors. Some classes of odorants include terpene alcohols such as geraniol (floral, citrus and sweet), thiols like 4-mercapto-4-methylpentan-2-one (4MMP) (black currant, tropical, catty) and esters like isoamyl acetate (banana) (Fig.2).

At Hoptechnic™, we analyze odorants critical to the aroma and flavor of hops through a variety of tests ranging from terpene content analysis, harvest timing and hop sensory evaluation so we have a deeper understanding about which odorant molecules in hops are important to hop and beer quality.